It has been a long time since I did a blog post. But this last week has raised so many issues that I felt it was time I pontificated, or maybe that should be: ‘expressed my opinion’. This is as much for me to clarify what I think/believe as anything else. About a week ago, I read this by Damian Thompson on The Spectator website. Now, he is not someone with whom I agree a lot of the time, but he wrote this:
“The states where faith is reshaping politics tend to be those whose failure would be disastrous for the West. Yet — and this point can’t be stressed too often — our leaders know next to nothing about world religions, including those whose adherents have arrived on their doorstep. They’d better start learning, fast.”
He’s dead right.
I read theology at university. My main area of interest was the challenge to religious belief in the 19th and 20th centuries. I went to a very old, traditional, university so of course (back in the early 80s) ‘belief’ referred to Christianity. Back then, we decided that God was dead, or, at the very least, in ill-health. Then, I never would have imagined how much religious belief would now underlie virtually everything going on in global politics. Eat your heart out Richard Dawkins. (Btw, I think Dawkins is misunderstood by many. His main problem is that he’s as narrow minded as most religious fundamentalists over the issue of religion, and he has yet to master how to express himself well within 140 characters. But he writes wonderfully well on the subject on which he is extremely well qualified to write, viz, evolutionary biology).
Voltaire wrote “If God created us in his own image, we have more than reciprocated”. We are human. The only way in which we can hope to explain a concept such a ‘God’ is in using anthropomorphic language. Therein lies the problem; because it is a small step between the description of God in anthropomorphic language to the circumscription of God inside the human-centric world view.
But that’s the macro scene. Then, there’s the micro level.
This week, in the media I follow, Vicky Beeching came out as a gay, evangelical Christian. Many will have found this oxymoronic. You have to have had some experience of evangelical Christianity to have some understanding of how significant this is. And how very courageous she has been. I was moved and impressed by what was written about this in The Independent this week and in the Channel 4 News feature. The whole sexuality issue so often features in discussions about religion. It is an incredibly important issue but there is something deeper underlying this. That is, that  'God' and 'faith' are contextually based and understood within a particular world view. The books of the Bible (and the Koran and any other number of religious texts the world over) were written by men, often inspired by God (my own belief here) but by men who had the world-view of their day. We, here in Britain today, have (for want of a better phrase) a ‘scientific’ world-view. So I immediately understood what Vicky Beeching meant when she took on a fundamentalist pastor in C4 News. He advocated an understanding of human sexuality based upon a world-view of a God who created a man and a woman designed to procreate. That is the only reason for sex. (Though I’d like to bet said pastor, well over the age of 50, has not given up sex). He took the Old Testament context and froze it in time to be God's revealed, immutable 'truth'. Contemporary psychological understanding of sexuality indicates something different and surely the Christian message, divorced from sociological and cultural trappings, has to be that love and partnership are about respect and honesty in relationships and concerned for the integrity of the individual (rather than a cognitive dissonance) at the personal level. It’s about ‘wholeness’ not ‘holiness’.

Posted by Yvonne Johnston at 22:37 No comments:

And where, indeed, are we now?

Yesterday was a good day for me.
My 'hard copy' of the new David Bowie album arrived via Royal Mail first class delivery. I had decided to go down this rather quaint, old fashioned route as I wanted a 'thing' rather than just a few megabytes of audio digital stuff moving from i-tunes or Amazon to my laptop via my trusty, ancient Netgear router. I have been playing it virtually non-stop since then. Much to the disgust of the dog (he prefers Miles Davis, I suspect).
What you have to understand is that I have adored Bowie since I was 13 years old. And this got me thinking: how likely is it that there is any 13 year-old out there who, in 40 years' time, will be listening to something new from someone she adores right now? Well, it certainly will not be anyone who is now listening to Justin Bieber or One Direction. Of that I am certain. But I'm comparing apples with pears here. So, where are the innovative writers of music and lyrics who also play and perform their own stuff? Will Ed Sheeran be around in 40 years' time, I wonder? Did we really reach the pinnacle of rock music in the last 3 decades of the 20th Century? I don't know, but for me, nothing has quite come close to the genius that was and still is David Bowie. I remember buying Hunky Dory with my saved up pocket money. To this day, Life on Mars is my favourite song. Ever. I want it to be played at my funeral. I suspect we all love the most the music which formed the backdrop to our teenage years. Just like certain smells, they will always evoke memories like nothing else can.
A while ago I pointed this out to my 16 year old son who responded something along the lines of 'at least you had some good music in the 70s. What do we have?' I'd be genuinely interested to know the answer to that question. I guess it's a difficult one, without hindsight. 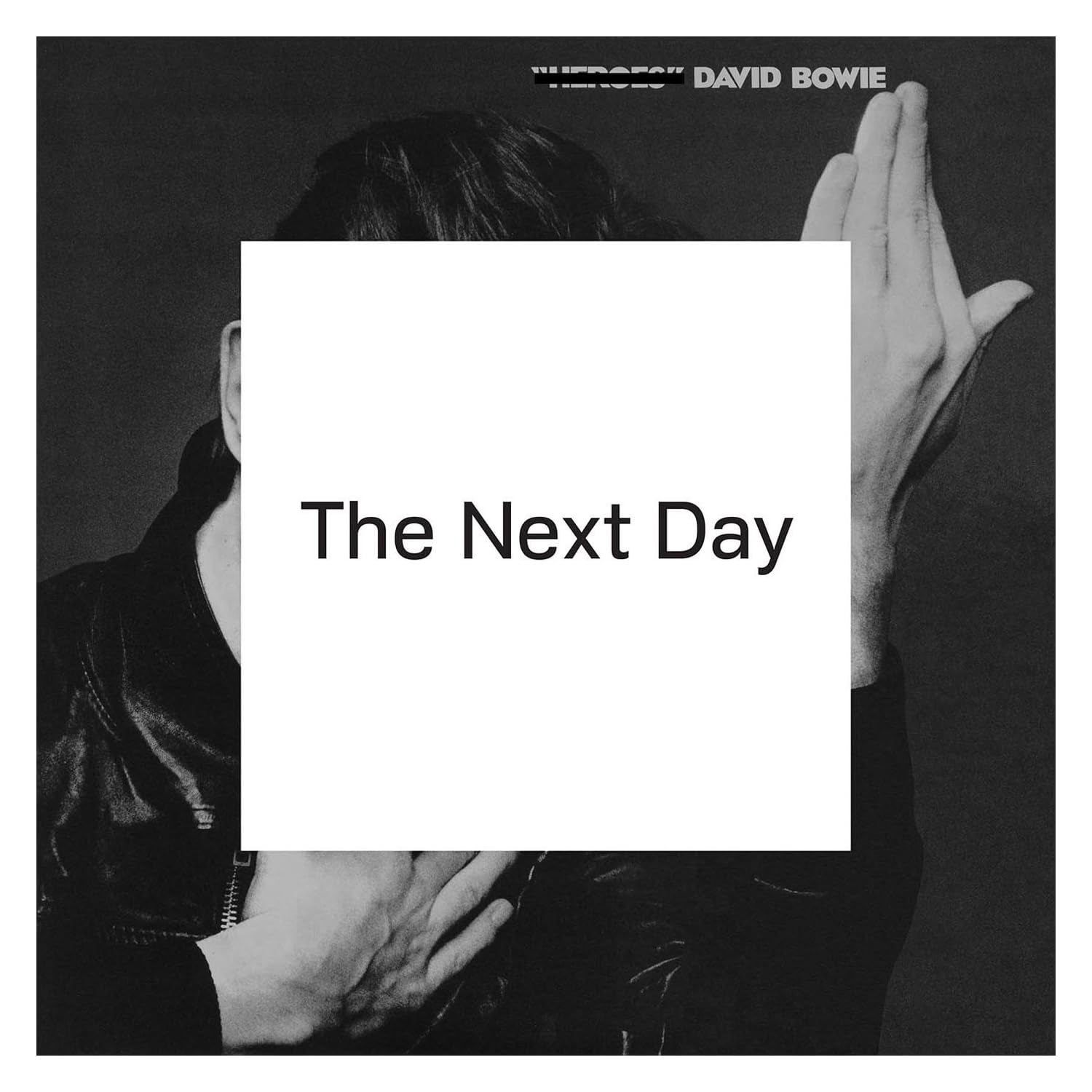 Anyway, back to listening to The Next Day. By the way, my favourite tracks are Where Are We Now and Dirty Boys.
Posted by Yvonne Johnston at 20:42 2 comments:

The Daughter of Time and a Reflection on Our NHS

The Daughter of Time by Josephine Tey
My rating: 2 of 5 stars

I have to disagree with all those who, over many decades, have held this book in such high regard.
I found it a strange hybrid. As a novel, the whole set-up just felt contrived. It failed as a mystery novel as there was absolutely no sense of jeopardy whatsoever. As an examination of the history surrounding the disappearance of the princes in the tower, it was interesting but I would have preferred the evidence presented in a more conventional way. Perhaps in the form of Brent Carradine's anticipated book?

What I did like about the book were the parts where Inspector Grant makes his astute observations about human nature.I think I may well enjoy another of the novels in which he carries out a more conventional investigation.

Yet,this was an interesting read for me in the week when the University of Leicester announced that the bones found in a carpark were very probably those of Richard III because the other significant news item of this week has been the findings of an inquiry into the failure of one specific NHS hospital (and by implication other hospitals too)to provide even the most basic care for patients. In The Daughter of Time we see Inspector Grant pictured as a patient in a hospital during the early days of the NHS. Here the consultant, the Matron, the nurses and the porter all have time not just to care for him but to pronounce, at great length, on the character of Richard III. Oh how times have changed. Today they find it difficult to bring a patient a glass of clean water. Now there is a history lesson for us all.

View all my reviews
Posted by Yvonne Johnston at 19:31 1 comment:

Thoughts on reading Ira Levin's 'A Kiss Before Dying'

A Kiss Before Dying by Ira Levin
My rating: 5 of 5 stars

What a great thriller. I discovered A Kiss Before Dying by accident. It was on sale for 99p in Kindle format. I had been having a break from reading crime novels. I had got bored with so many of the mediocre crime novels that are being published at the moment; police procedurals that vied with each other as to who could produce the most dysfunctional detective or describe the most sadistic of murders most gruesomely, all the while bewildering me with constant changes of point of view, head-hopping like a louse on speed.
Oh what a joy to read this 1950s classic. A crime thriller which concentrated my attention and got me into the mind of a killer and his victims. The whole novel is brilliantly structured, plot wise. I had my expectations totally subverted just over half way through.
My greatest surprise of all, however, was the discovery that Ira Levin was only 23 years old when he wrote this novel. The man was clearly a genius at telling a story and telling it well.
I'm very glad I had never seen either of the adaptations of this novel into film. This is a novel where the impact is very much in the way events pan out. It is also not a story which could have been set today. Facebook and Google would have both rendered the plot unworkable!

View all my reviews
Posted by Yvonne Johnston at 16:03 2 comments:

The Lighthouse by Alison Moore
My rating: 5 of 5 stars

The Lighthouse is one of those novels which grows on you as you read it and you only realise how good a novel it is a little after you have finished it.
It is written from the point of view of 2 characters. Both have boring, mundane lives. The man,Futh,is someone to whom things happen. He is not a person who could ever be described as proactive. The woman, Ester,is a sad and disappointed person with an inappropriate libido. Futh and Ester virtually never meet or speak to one another but the whole story is about how they are connected.
The plot itself, about a man's one week walking holiday in Germany, is fairly irrelevant. This novel is all about backstory which is fed to the reader drip by drip until, eventually, one realises what has happened and what, indeed, must happen (though the ending is ambiguous).
Throughout this novel about memory the senses dominate. Smell is perhaps the most frequently used but taste and touch are both important too.The writing transports you to a gentle yet cruel world in which very ordinary people live from day to day.


View all my reviews

And when did you last see your father?

In anticipation of the re-run of season 2 of Spiral (Engrenages) on BBC4 tonight, I thought I would point out a certain similarity which recently occurred to me:

Do you agree?
Posted by Yvonne Johnston at 14:24 No comments:

Yvonne Johnston
I move between optimism and pessimism with alarming speed